Tasks can be found in the Tasks tab of the Project card.

Project tasks are intended to decompose works. The level of decomposition has to correspond with the time tracking requirements, e.g.: 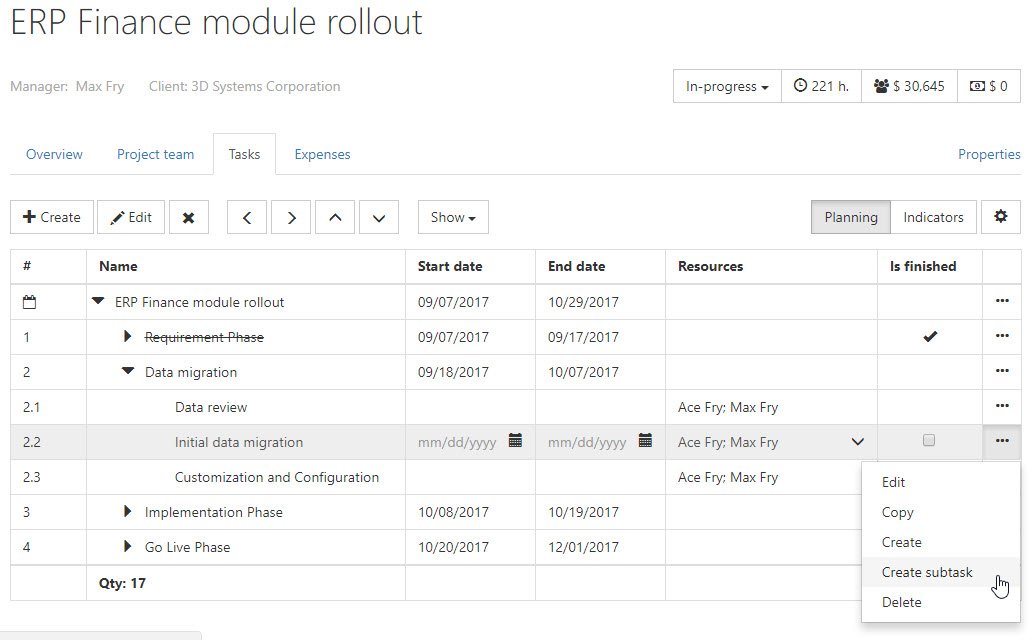 When using the Indicators view values in the columns are summed up when the parent task is collapsed. 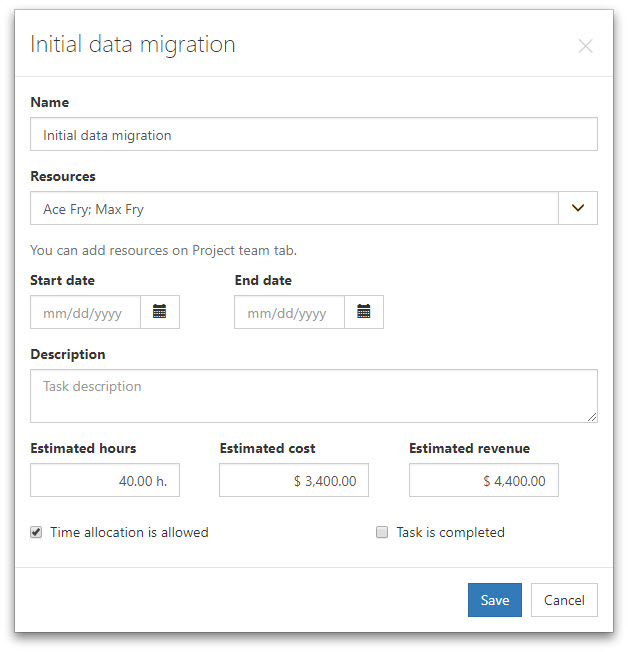 Task properties can be edited directly in the task list, as well as in a separate card:

The main task is automatically created during the process of project creation. The parameters of this task are synchronized with the parameters of the project. This task allows time tracking for the entire project without decomposing projects into several tasks.