Approval paths are used to define the sequence and the performers for the timesheets, time-off request, and expense requests approval process.

There’s a separate set of paths created for each type of the entities (timesheet, time-off request, expense request).

Go to the Approval paths list of the System application (choosing one of the following groups: Timesheets, Time-offs or Expenses).

Click Create approval path on the action panel. Enter the name of the path and click Create.

General information about the path: 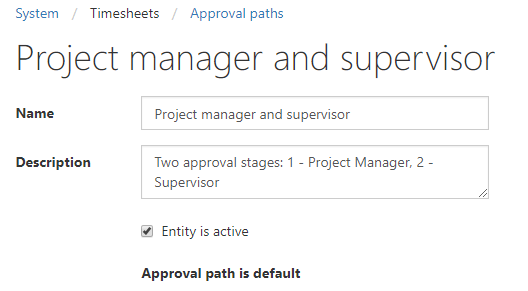 Each path consists of several stages. A user or a role can be chosen as a performer party. In order to add a stage, please click Add button in the tabular part of the card: 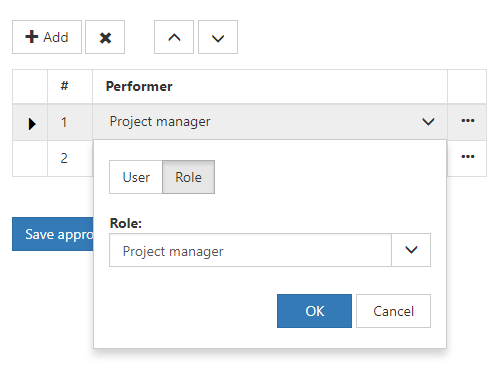 All stages of the approval process are executed one by one. Performer parties (there can be several parties for a role) are able to approve simultaneously. At the moment of the first rejection the entire process is terminated, and the entity is returned to the author for editing.

Delete button, or use Delete command in the row menu.

Changing the path will not affect already executed processes.

Paths can be applied to specific users. Please check Setting up user section.